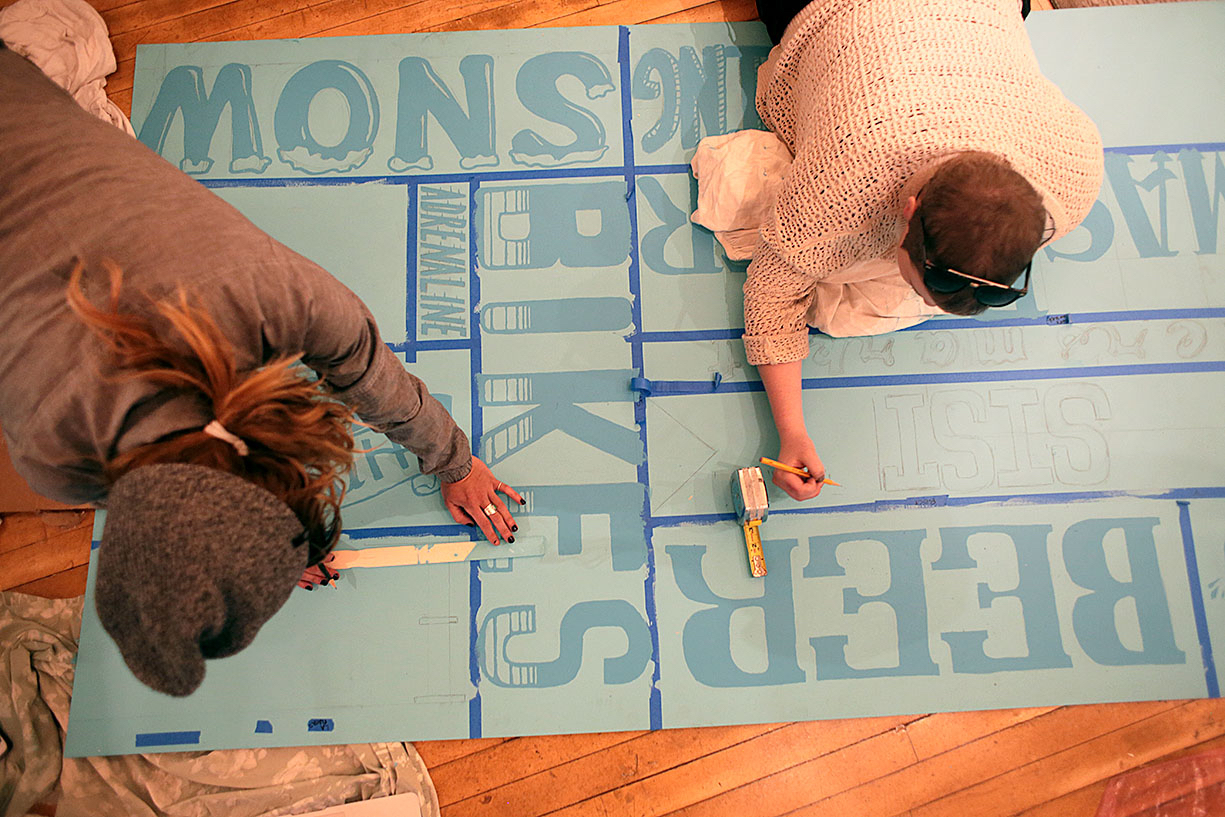 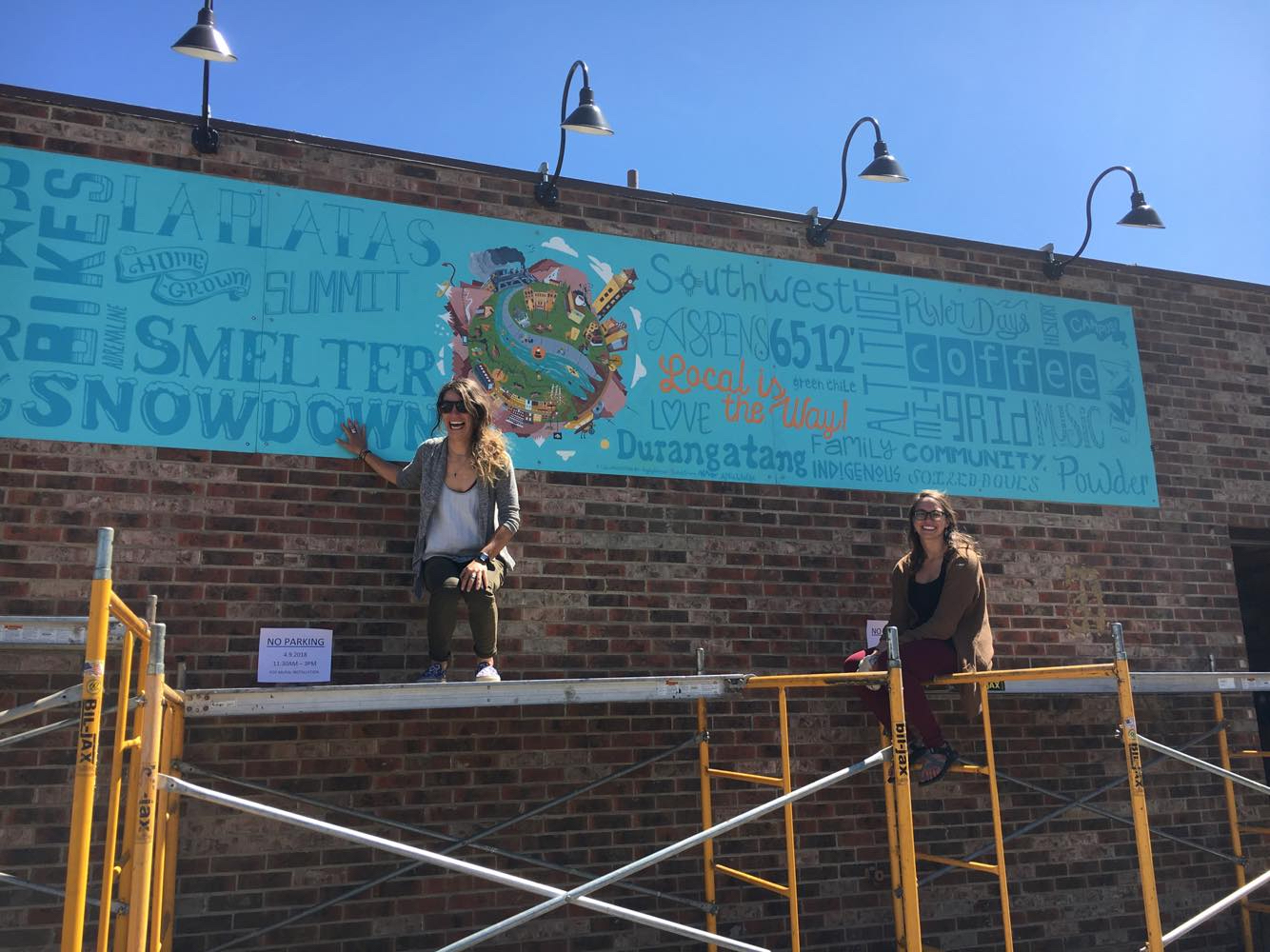 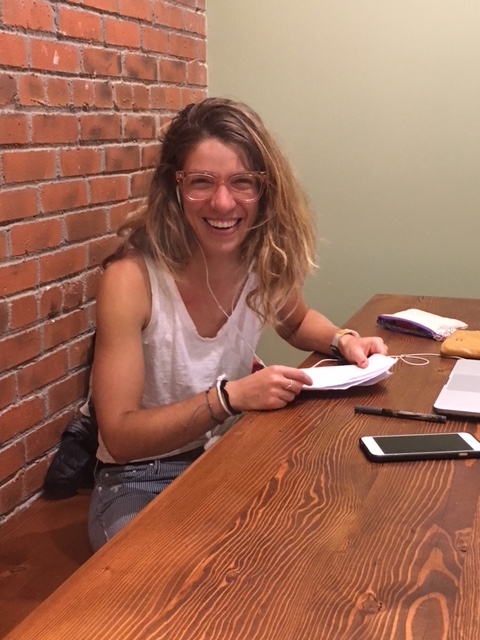 Sarah Zoey Sturm grew up in Albuquerque, NM. Her mother, Margie, is a potter/jeweler, and her father is a lover of biking. She was greatly influenced by her parents’ sense of art and adventure, and has undeniably carried these traits into her own life in Durango.

She moved to Durango in 2008 to attend Fort Lewis College. After graduating with a B.A. in Graphic Design, she went on to do graphic design and marketing work for several local companies in town and has been a prominent member of Durango’s design scene. She has also been a junior mountain bike coach at Durango DEVO for 9 years. A true embodiment of a local “Durangatang”, you can always find her in the mountains on her bike, skis, or running after her dog Norman.

When she is not adventuring, Sarah seeks out creative work. She has found a lot of enjoyment in being part of the Local First’s Durango Joe’s mural because she was able to pair her digital and tactile skills. Her favorite part, however, has been working with a team. “It’s been such a fun learning process, and as cheesy as it sounds, I love brainstorming collectively!”

Where does Sarah see the future of art going in Durango? “I hope this mural promotes even more public art projects, especially for young people. During such a tumultuous time in our country, I believe it is important to have self-expression and freedom to create.” Local First has been lucky to have such a spirited and talented individual on their Creative Arts team.